Merry Christmas to all and Happy New Year!

In remembering the year, I had to also remember my start in 1994 when I decided to make a business out of what I had grown up on…providing IT service for small business.

When I started this business, I was a sole operator which means I wore all the different hats in our business. Today, with 4 others sharing those roles, I’m down to only 2-3 different hats depending on the day.

That’s a round about way of acknowledging the hard work and effort by my staff over the years as we have grown the business to level it is today.

Jason came on board almost 12 years ago after his foray into the “dot com” world. 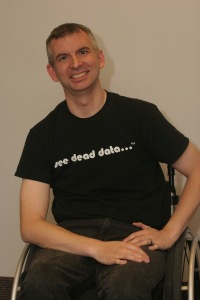 Bruno joined us in 2008 coming back after a long recovery from a car accident to step up and take on all of our cabling needs. 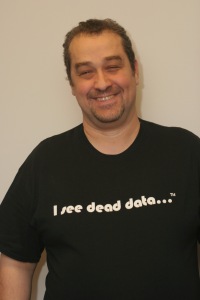 Rosemary became our office administrator in 2011 and took a huge chunk of my responsibilities away.

Starting in late fall 2013 and then in January 2014 with our newest staffer becoming a permanent fixture. Leon Sebastian joined us as a full-time PC technician!

Then we moved on to our 20th anniversary in June. This one I can’t believe. I remember my apartment/office in 1994 and thinking back to all the technology we had back then including 1gb hard drives for $1000, the first world wide web browsers including Netscape, Zip drives, and Yahoo was introduced as the first mega search engine.

Then came September and we completed one of our regular cabling jobs but after doing some calculations, we realized since 2008 we have run nearly 1,000,000 linear feet of copper cable for our clients. Way to go Bruno Murru who is our cabling technician.

At the end of October we got notified that our application for trademarking “I see dead data…” had been approved and by November, it was all legit. If you are one of those people asking about shirts and hats, by all means, contact us and we can arrange to sell you our swag!